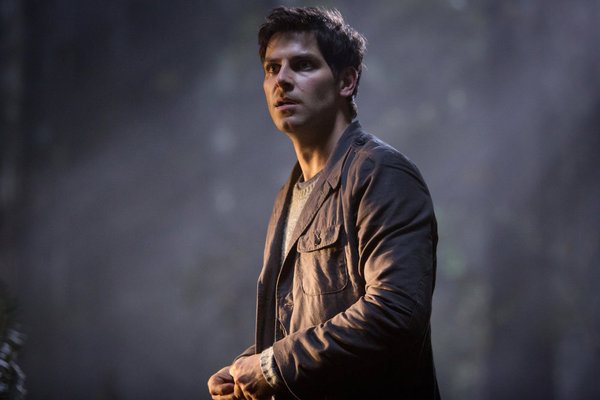 In this March 2013 interview, David Giuntoli talked to Just Jared about Grimm’s Season 2, his character Nick Burkhardt, his audition for the show, what he likes to do in Portland during filming, the scariest thing on set, the cast, an interesting fact about him, the fans, and more. Source: Just Jared

Take a sneak peek at the Just Jared article.

JJ: How are you similar to your character in any way?

DG: My best friend is an actual werewolf in real life. I think Nick is a nice guy or deemed nice by society and I think I am that as well, but the shadow lurks during the evening. I think he generally wants good, doesn’t believe in black and white , good or evil. Nick is also quite different than me, in that he’s just nose to the grim-stone dead serious all the time.

JJ: How was your auditioning process?

DG: I had worked with the director of the pilot on another NBC show, months prior, and I had also worked with the producers on another show called Hot in Cleveland recently. They all knew me and I think Marc Buckland, the director of the pilot, kind of asked me to go through the auditioning process and I could tell right away that I was someone that he wanted and they were paying attention to me than they were with a lot of people. It was quick after that. I did the bi-road thing. I did the whole auditioning with the network and the studio and all that stuff. I found out minutes after my audition that I got it.

JJ: You guys shoot in Portland, what are some fun things you guys like to do there?

DG: Portland is college for adults. Everyday, what’s happening in the quad today? It is crazy little team boosting events. Sasha and I did the “Naked Bike Ride” this year. It was fun times. The food there is phenomenal, I’ve become a food snob. Probably being in Portland and having a job made me that but I go see a lot of Trail Blazers games. I’ll go to Mount Hood and go skiing. Sasha and I will go hiking about where ever. There plenty of fun to be had.

JJ: What’s the scariest thing that has happened on set?

DG: On Grimm, every episode, there’s a new decapitation or eye gouging. They always have these bodies ready of verbatim guest stars, the guest star would have got a mold of their body. I’ll meet a guy and turn around and ekk there are like two of him, half and half, lying on the ground. It’s terrifying, it’s very frightening. Once I was walking by set to get to my trailer and I, by chance, glanced into this car. There was a man with his stomach eaten out with live rats pouring out of his mouth. Live rats, so that’s the kind of stuff that just gets to me, no matter what.

JJ: What kind of exercises do you guys do to improve the chemistry between the characters?

DG: Trust falls. We just hang out, it’s one of those things when you work on location, like we do in Portland, you get this very tight-knit group. We don’t go back to our husbands and wives, we don’t go back to our social cliques, we have each other. It’s really like being in camp because you’re on this island and you have this very specific experience with each other and you really do build these, hopefully, life long relationships. If not lifelong, then very honest and authentic relationships.

JJ: What are some projects that you are working on?

DG: I have a movie coming out in May, with Bitsie Tulloch, who plays Juliette, which shot prior to Grimm actually being cast, called Caroline and Jackie. It comes out in LA in early May. At this point, I’m focusing on Grimm, there is very little time for anything else for a guy like me. If anything can be fit in, I would try to, but who knows.

JJ: What is something interesting that not many people know about you?

DG: I’m deaf in my left ear. I’m deaf as a doornail on my left ear. It may as well not be there. All the time, everybody who knows me, knows this. We will go to dinner in Portland and people go ‘Oh no, David needs that seat because he can’t hear anywhere else, so save it for him.’ 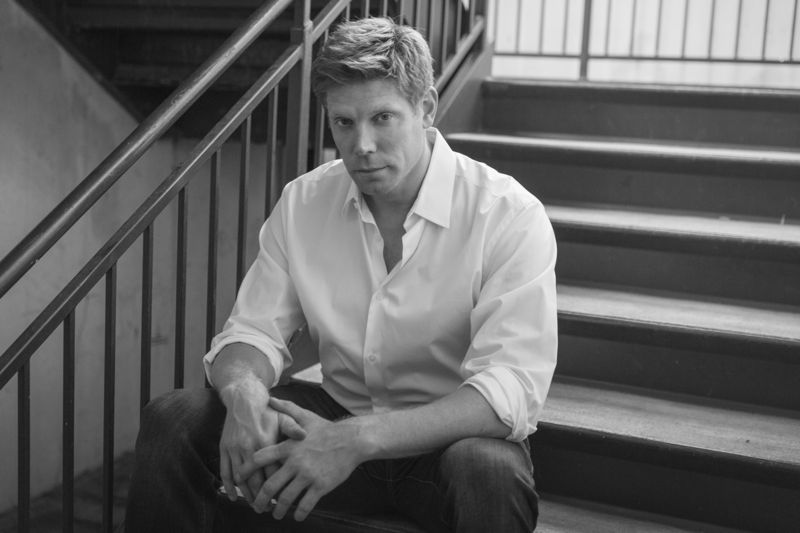