ENTERTAINMENT WEEKLY: Fans have spent the last week mourning what went down in the final two minutes of the penultimate episode. Would you like to take this opportunity to apologize, or maybe to gloat?

DAVID GREENWALT: (Laughs.) Neither! You know, it’s the end of the series.

JIM KOUF: The Zerstörer did it, not us. It’s what happens when you take on evil.

GREENWALT: Yeah, sometimes evil triumphs; it’s very sad and unfortunate. This is the biggest evil we’ve had on the show in six years. And if you think that was tough, stay tuned.

The mythology behind the Zerstörer and his power gets deeper and more complex each week. How did you come up with a fittingly epic big bad for this final season?

GREENWALT: The mother of invention. It had to be something pretty stunning. Every year, we’ve had a big ending to the show, and this had to be the biggest ever. It had to be a worthy opponent. It had to answer the question of the stick, which it will. And it had to test Nick way beyond his limits, as he’s never been ever tested before. So that’s sort of how it came together.

KOUF: We wanted to get into a lot of mythological explanations like we usually do. 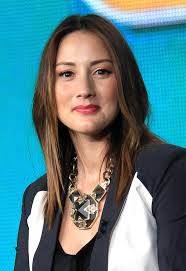