After 6 seasons, NBC’s fantasy crime drama Grimm came to an end with an emotional series finale titled “The End” in which Nick experienced so many deaths, and saw the return of two important characters. Deadline talked to Grimm’s showrunners David Greenwalt and Jim Kouf to discuss that killer twist and show their appreciation for being part of the Grimm family. Source: Deadline

Take a sneak peek at the Deadline interview. (This interview contains spoilers from the series finale)

DEADLINE: Why did you feel like you needed to “tease” the audience with Hank and Wu’s death in the second-to-last episode?

GREENWALT: Well, I don’t know if we were teasing as much as saying, ‘OK, this is going to get horrific and Nick is about to face the toughest adversary that he/they have ever faced. There are going to be some bad consequences,’ Plus you couldn’t just kill absolutely everybody in the last episode, right Jim?

KOUF: Well, no you can’t because there would be less room for talking. When you have so much to get done, and you have 42 minutes of broadcast, you have to be careful how you set things up. Pay them off.

GREENWALT: I’ll tell you, there have been a few things in my lengthy career where you’ve written it and then you actually see it, and the killing of Hank and Wu and our other beloved members, that was like wow! … It just has more … It gives me a big wallop to actually see it, these people you’ve worked and loved for so many years. I got pretty moved.

DEADLINE: Was that your plan all along from the beginning to kill everyone off?

KOUF: From the very beginning we knew exactly what we were going to do, right David?

GREENWALT: [Laughs] No, we knew we have 13 episodes to end this and we had two different versions … and this one seemed like the best version and it also explained that stick, which was helping explain the crusader [other things] that we talked about so long ago, and we felt we should answer that as well.

DEADLINE: Was there ever a moment when you thought you actually should kill off a main character?

KOUF: We toyed with it, but there was no real good reason to kill anybody off.

GREENWALT: We killed Renard once and then we killed Juliette once. And in our hearts we just couldn’t bring ourselves to really [kill anyone] until the end. Tour de force for David Giuntoli, every single person that means something to him, taken from him. I thought he did a great job acting.

KOUF: We wanted to take our fans through the same emotional journey that Giuntoli went through, basically.

Read the complete Deadline interview with David Greenwalt and Jim Kouf to find out more about the series finale. 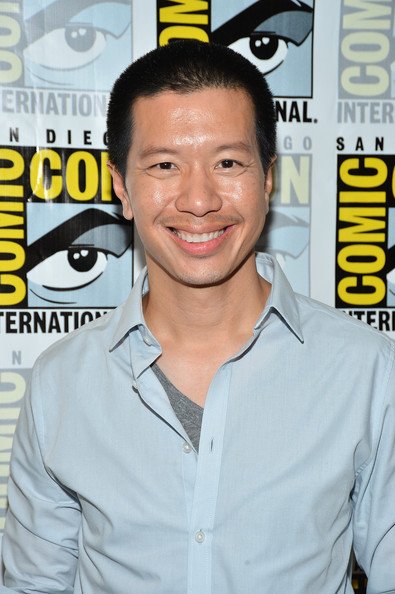 One thought on “‘Grimm’ Series Finale: Creators On That Killer Twist, The Jump In Time & Leaving “Options Open” For More – Deadline”