Grimm’s two hour season finale episodes titled “The Beginning of the End, Parts One and Two” will air on May 20th, 2016. TV Insider has the first photo of the finale, which give us a sneak peek at Nick’s dangerous and vulnerable situation that he is in. Source: TV Insider

Check out the exclusive photo from the two hour season finale episodes 5×21 and 5×22 titled “The End of the Beginning, Parts 1 and 2”. “Bonaparte will do anything to get hold of a valuable artifact—the Grimm lineage book—that’s in Nick’s possession,” says showrunner David Greenwalt. “This will give Black Claw the upper hand it needs for their revolution.” To secure the prize, Bonaparte gets inside Nick’s head, literally. “It’s an epic showdown,” Greenwalt adds. “Our fans are going to see Nick at his most vulnerable.” 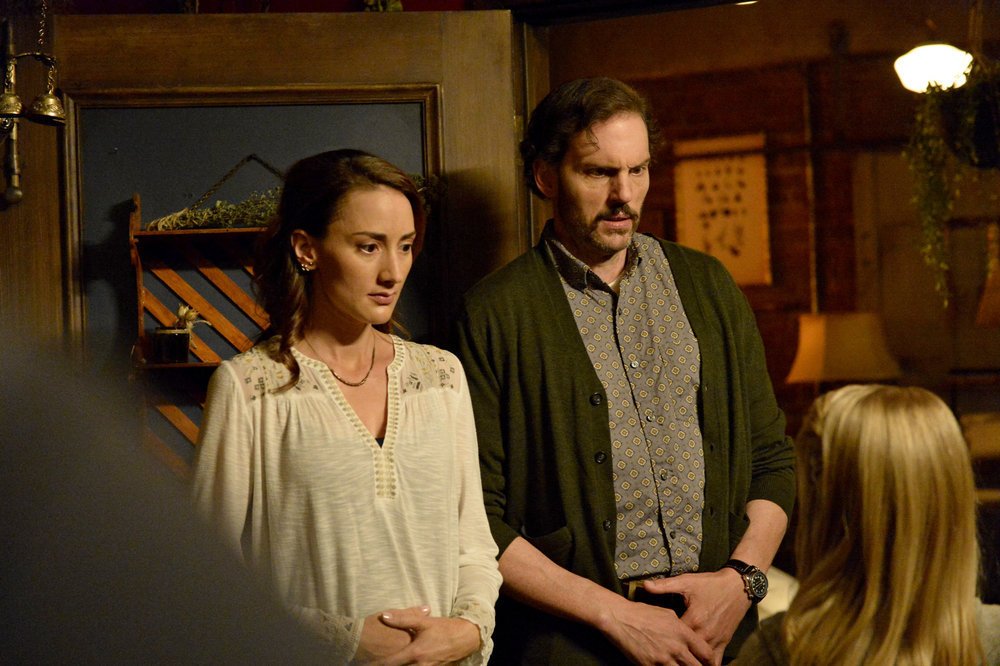