TVLine talked with Grimm’s executive producers David Greenwalt and Jim Kouf, and star David Giuntoli about what to expect in tonight’s two-hour season finale, as they tease Nick’s wrath, a potential death, and a dangerous Diana. Source: TVLine

As we head into tonight’s two-hour finale (8/7C), Det. Burkhardt is still “a little hot,” says executive producer James Kouf. But the EP clarifies that none of the Grimm’s anger is directed at his baby mama/kinda-girlfriend. “He realizes that this is not of her doing. He doesn’t blame her. He blames Black Claw.”

The collective of Wesen purists ups its attack in the season-ender, which finds every member of the Scooby gang — particularly Hank — feeling the hate group’s wrath… which may or may not have something to do with a big death that happens during the extended episode.

Giuntoli says buzz about the upcoming offing followed him even during a recent leisurely walk in Central Park with girlfriend/co-star Bitsie Tulloch. “One of the buskers — who was awesome, by the way — he’s like, ‘Oh, it’s the Asian guy! He turned into a [Wesen]! He’s gonna die!,’” Giuntoli says, laughing. “I don’t know about that. But I don’t think people really know who it’s gonna be.” 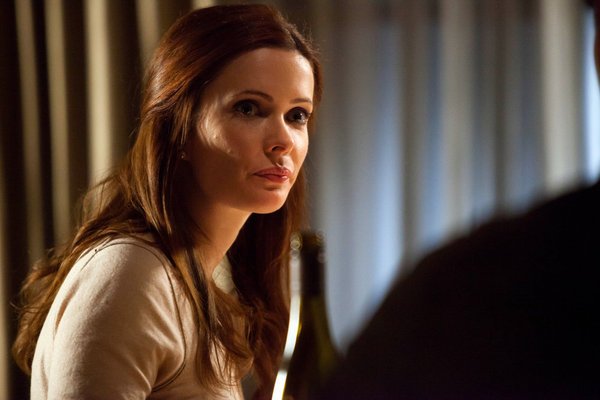 Bitsie Tulloch Takes Us Behind-the-Scenes of Grimm and Spills Her Favorite Obsessions! – Glamour