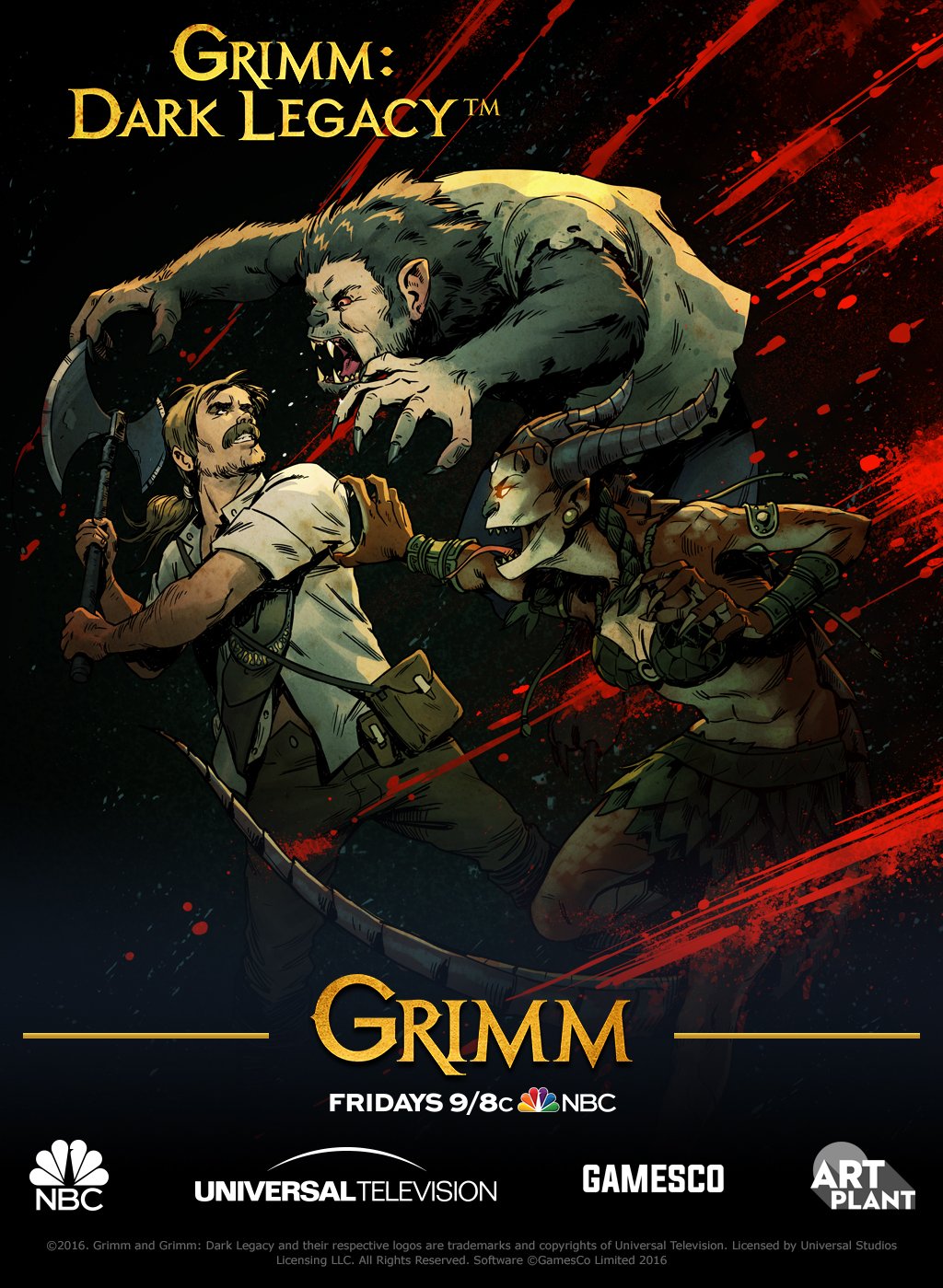 Hey grimmsters! Sharpen your axes! There is a new Grimm game you can play while you wait for season 6 to start. This new game is called “Grimm: Dark Legacy“ an is open for closed beta registration.

“Grimm: Dark Legacy” was created by newly-formed PC and console publisher GAMESCO. The game is set hundreds of years before the show and it mixes combat and survival gameplay.

Set several hundred years before the current NBC TV series, Grimm: Dark Legacy will explore the rich back-story of the Grimms and their many foes. The game will see players traveling through the Old World meeting increasingly tougher challenges as well as teaming up with other players to survive the Wesen onslaught. The title is licensed by the NBCUniversal Brand Development Group and is currently under development by Norwegian developer Artplant, creator of the hit title Battlestar Galactica Online.

Mixing combat and survival gameplay, Grimm: Dark Legacy starts players off as inexperienced hunters with little knowledge or weapons. Over time, players must explore the different regions of the world, completing tasks and foraging for potions and raw materials so that they can grow in confidence and power, making the transformation from the hunted into the hunter. Players who gather the right combination of items can then craft bombs, traps, and weapons to help them boost their stats as well as hunt and dispatch their foes.

Check out some screencaps of “Grimm: Dark Legacy“

To learn more about the game and try its beta version visit: www.grimmdarklegacy.com