In honor of its 100th episode, Mashable spoke with the Grimm’s cast, executive producers, and Oscar-winning makeup effects artist Barney Burman, who is responsible in bringing these creatures to life, about their favorite wesen creatures. Source: Mashable

Over 100 episodes, he’s had his share of challenges — like the day he learned he’d be making a Volcanalis, a demon with an affinity for volcanoes.

“I remember reading that script and thinking, ‘Ah well, this will be a [computer generated] character for sure.’ But when they asked if we could do it as a practical makeup, I gulped,” Burman recalls. “I had to swallow the little voice in my throat saying ‘It’s impossible'”

Spoiler alert: It was possible.

But, of course, he had help.

There are five people on Burman’s core team: someone to run the shop (who also makes all the teeth on the show), two artists, an office manager and an assistant. For bigger jobs, they’ll call in freelance reinforcements — sometimes up to 15 of them.

“It ain’t the glamorous life,” Burman says, and it’s “a lot of long hours and dirty work.” But all that’s worth it for those moments where everything really comes together.

“It might not be completely finished, but all of a sudden it works. And there’s a moment of real satisfaction and excitement in that,” he says. “And all you want to do is share it with everyone and say, ‘Look! Everyone look! It’s alive!’ I actually get giddy over it. And that’s why we do it.”

Read the complete Mashable article to find out each actor’s favorite wesen creatures. 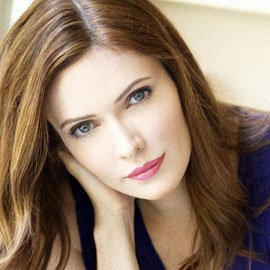