TVLINE | Was Adalind being pregnant again your idea, once you found out you were expecting?
No. Definitely not my idea… When [series creators] Jim [Kouf] and David [Greenwalt] told me they were writing it in, they said the character probably wouldn’t deliver until the following season, and this was way back before we’d gotten the pickup or anything. I was very surprised first, and then I thought, “Well, the great thing about this is that I will have no pressure to lose the baby weight.”

So that was good news. I was more just sort of like, “How are they going to make this plausible, or how are they going to get the audience on board with this?” But they’ve figured out a way to do it that raises the stakes for everyone. As you’ve seen, things have gotten so bats–t nuts all over the place, and this is just another way of upping the ante for everybody.

TVLINE | At the point that you’re shooting now, which characters know that Adalind is pregnant again?
We’re about to shoot [Episode] 19, and 19 is when everybody finds out… Adalind takes a couple of episodes to kind of like, “Okay. Let’s take a minute to figure out who the father is.” She knows it’s Nick, but publically, I think she’s trying to figure out which father will benefit her the most. 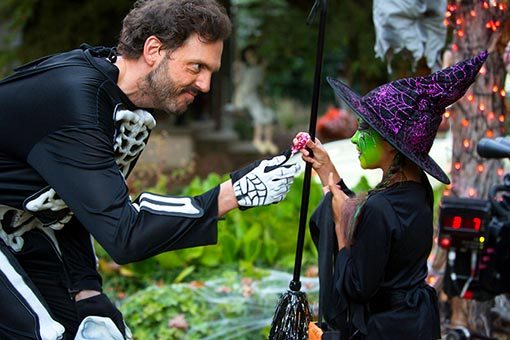