Q) Wu finally does see something, and it’s based on something that his grandmother has told him. How real does that make it to him, and is it really based on a real Filipino myth?

A) Yes, it is. As a matter of fact, I mean the writer – the creators are so wonderfully collaborative. They actually came to me and said, “Do you know any Filipino folklore?” I said, “Yes. We have actually quite a bit.” And so I gave them a list and it included the aswang — which is probably the most popular one in Filipino folklore. So it is something – it was always told, like amidst relatives, it’s told now, it’s believed in. As a matter of fact, very big in the Philippines. So it’s very real. As to what I saw and how real that is for me, I mean as a kid you’re growing up – you grow up, like, thinking that this stuff is real. And of course, like anything, it’s like Santa Claus, right? At some certain point you’re like, “Oh, no. Whatever.” So, and “That’s not real.” But then I think for me — now I’m speaking as Wu — I think what I saw seemed pretty real to me. So I’ve got to figure that out for myself. So you’ve seen the episode and I’ve got to kind of figure that out and this particular point. But for me it was real. So how they couldn’t see that, I don’t understand.

Q) I know it’s sometimes unnerving for actors to take on kind of a different route with their character, but wow, you totally nailed it. It was just really fun to watch.

A) That was different. I’m very appreciative of what you just said just now because it was a question in my mind. It was like, wow, Wu is so known for his sarcasm and being sardonic and that’s how I’m used to – that’s in my body now at this particular point. And then to get this script and go in here that you don’t ever see him in a state of or being out of control. So to blend the two was a real question and a wonderful, wonderful fulfilling time for me to actually work on outside of shooting it. So the stuff that I did beforehand to get to prepare was really fun for me. So thank you for noticing that.

Q) What did you do to prepare for it?

A) Silas and I have gone to the same – we’ve gone to the same acting coach for over 10 years. We’ve studied with each other. Before we even got this show we were doing a scene together in acting class. When we got this show together it was just really kind of cool, but I had – when I got this script, the way we both kind of prepare is there’s no shorthand how we prepare. We kind of imagine for hours on end. So when I saw this script I actually went through it and marked it and logged about 100 hours of homework before I started shooting this particular episode. So I would find time to kind of – I was doing homework for about eight to ten hours a day where you would literally sit and imagine. It’s kind of – say if you were a kid — and this is the way we usually do it — if you’re a kid you stare at the closet wall and say there’s a monster in there, after about 10 minutes you’d actually think that there was a monster in there. And it would feel as real to you as possible. So that’s kind of how I work now. So there’s no shorthand to that. You kind of sit and imagine the circumstances being as real to you as possible. So in that effect, it did take 100 hours, but it was fun. It was fun. Once I got on set I could let it go and really just fly and have fun. So I’m appreciative that you’ve noticed that.

The Cast of Grimm Talks Krampus 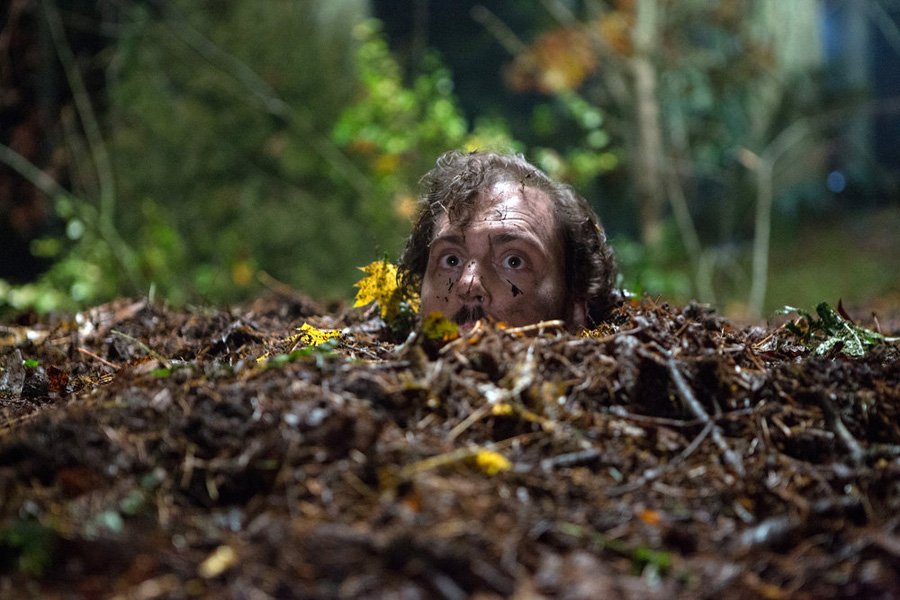