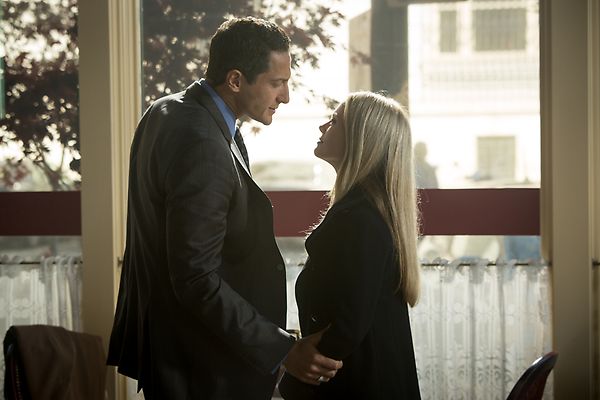 Here’s an interview from Daily Actor with Grimm’s Claire Coffee (Adalind Schade) and Sasha Roiz (Captain Sean Renard). They talk about their characters, working together, and season 3. Source: Daily Actor

Check out an excerpt of the Daily Actor article.

Claire, you mentioned that your character’s relationship was, “Sickeningly codependent,” which has kind of made it extra fun to watch this season. What was your favorite part about working together and sort of creating kind of odd but exciting chemistry between you both? So the question’s for both of you actually.

Claire Coffee: Well, I don’t think we set out to create odd and exciting chemistry, but that is – that’s a fabulous result, and a fabulously unexpected result.

I think you know, we do have a lot of fun working together. And Sasha’s – he’s just such a generous actor to work with. And I’m not saying that just because he’s on the other end of the line. But you know, we do like – he makes a point to kind of like, we’ll meet up before and kind of suss out what the situation is because we do find ourselves in some kind of outlandishly emotional places.

But I think the most fun, I mean obviously when he is without clothing, that was a pretty fun day on set.

Claire Coffee: Yes I would say, “More funny than fun…” for both of us because we’re both wearing various weird, you know, flesh colored underthings. But yes, it’s good that we are such good friends, (I think).

Sasha Roiz: Not the most flattering outfits.

Claire Coffee: Yes, it’s about the least flattering. If they could show behind the scenes, I would say that we – it’s the most unflattering that we’ve looked. But they…

Claire Coffee: …the movie magic makes it look so good.

Sasha Roiz: It’s funny how the sexiest scenes, behind the scenes are the least sexy things you’ve ever witnessed.

Yes, Claire and I have a lovely friendship, you know, on set and I love working with her. And I think she’s done a tremendous job this season. You know, she’s – like you mentioned earlier, like her character arc has been enormous and she’s really stepped up. And so it’s been fun to watch.

And also, their relationship is just so absolutely crazy that it’s really fun to, you know, to always be challenged with that. Because just when you think it can’t get any crazier, they manage to write something new in. So it always remains a little, you know challenging, every single time we face off.

Read more from the Q & A with Sasha Roiz and Claire Coffee. 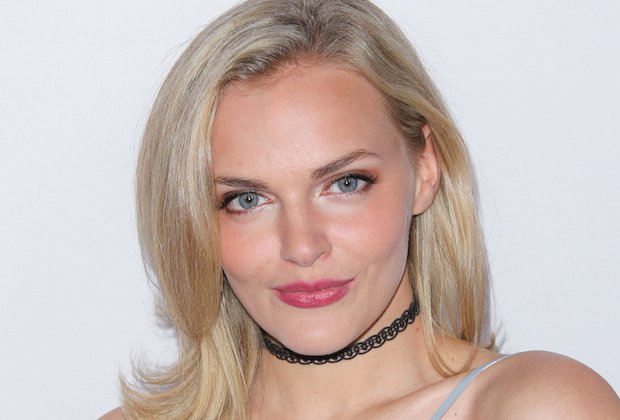 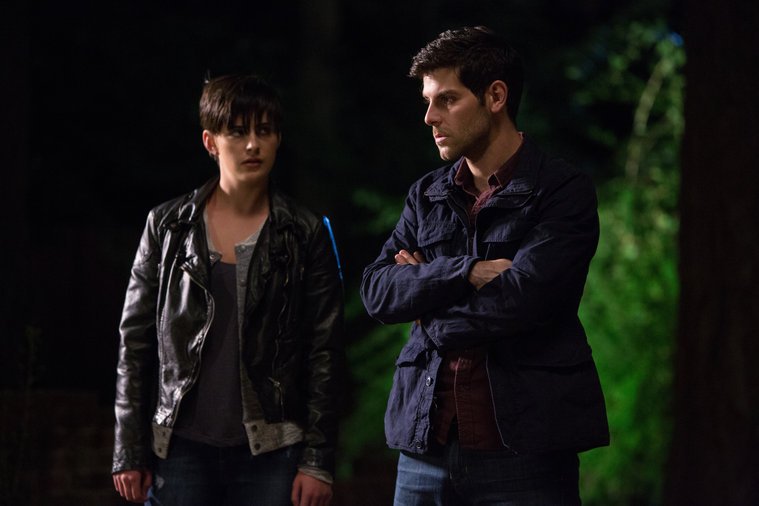 Trubel will return at the end of ‘Grimm’ Season 4 – Zap2it