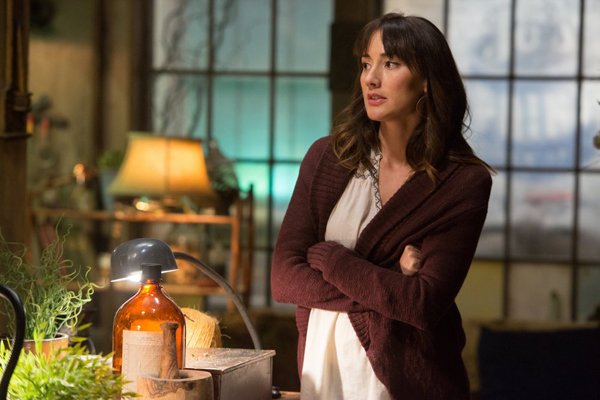 Bree Turner, who plays our favorite Fuchsbau, talked to TVLine about Monroe and Rosalee’s relationship, meeting her family, and her character’s shady past. Here’s an snippet. Source: TVLine

“It’s called up a lot of stuff for me to work on, which was exciting — but also completely draining,” says Grimm‘s Bree Turner, whose Rosalee meets up with her estranged mom and sister after a seven-year absence in this Friday’s episode (NBC, 9/8c).

“Most of [the meeting] takes place on this farm in Hillsboro, up here in Oregon, and it was just one giant, long, 16-hour day,” Turner recalls, chuckling. “By the end of it, we were like, ‘Please, let’s just go get beers!’”

The Calvert family summit – at which Monroe does his best to make a good impression on his beloved’s relatives – kicks off a three-episode arc that will forward the Wesen couple’s long-teased trip to the altar.

Since Rosalee was first introduced in Season 1, Grimm has given viewers very about her pre-Portland life. We know she’s a former (mystical) drug addict, we know she’s great with the potions, and we know she prefers her men tall, bearded and clock-obsessed.

The quiet shopkeeper’s life “really gets blown out this Friday,” Turner tells TVLine. “You understand where I was for seven years, why did I leave, what was going on with me, why my family was estranged, why did I feel the need to turn to drugs and hiding out. All of those questions are answered.”