Grimm Executive producer Jim Kouf talked to Yahoo about the “supercharged” wedding finale and where the show is headed next fall. Source: Yahoo TV

Check out an excerpt of the Yahoo article.

The last couple of episodes and the finale all had a lot of debate about whether being a Grimm was a blessing or a curse and in the finale Juliette even said she wasn’t sure she could keep living like this. Then, bam, his powers are taken from him. Is there a chance that Nick could choose to stay “normal?”

If he can get his powers back. First, he has to deal with the loss and then he will have to deal with what it means for him to know what he knows and not have these powers and then he’ll have to decide whether it is a good thing or bad thing that he is no longer a Grimm. These are all things we will deal with in Season 4. We’ll pick it up right where we left off because there are too many threads left untied. We have to go back and examine everything we set up. We dug a lot of holes for ourselves.

Could Trubel step in and take over Portland’s Grimm needs?

She’s gotta be Nick’s eyes for awhile. She’s become even more valuable to him. It’s like somebody who used to be able to see that cannot see anymore, but it doesn’t make his life any easier. He knows the world works differently and now he is just not connected as he was so he has to rely on Trubel.

This season had some great Wesen from Aswang to Krampus and Zauberbiest. Do you have any new beasts planned for next season?

There’s another Spanish one we’d like to do and another Filipino one. We’d like to do a Chinese story this year. It is important to us to keep expanding the universe and pull from fairy tales and legends from all over the world.

Is next season’s opener planned?

Yes. Broad strokes. David and I need to know the basics when we regroup in June. We need to have a good idea with what we are dealing with before we send everyone off on their way to start coming up with new ideas.

Can you give us a few teases?

The best tease is to just really look what we have left them to deal with. You have a police captain being shot in a detective’s house by an ex-FBI agent whose head was cut off by somebody staying there, and you have Wu looking at the books which is going to trigger his issues. You have Nick without power and a wedding full of people who saw a new Grimm. You have Adalind on a plane going to see her baby that Viktor doesn’t actually have. We are picking it up right from that moment. We can’t avoid any of that.

Read more about what executive producer Jim Kouf teases about what to expect when Grimm return in the fall. 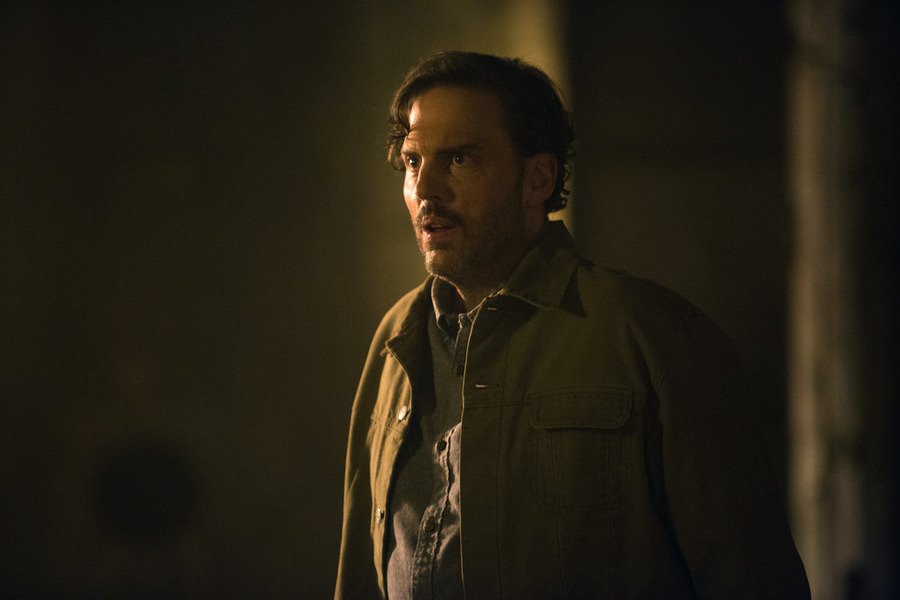