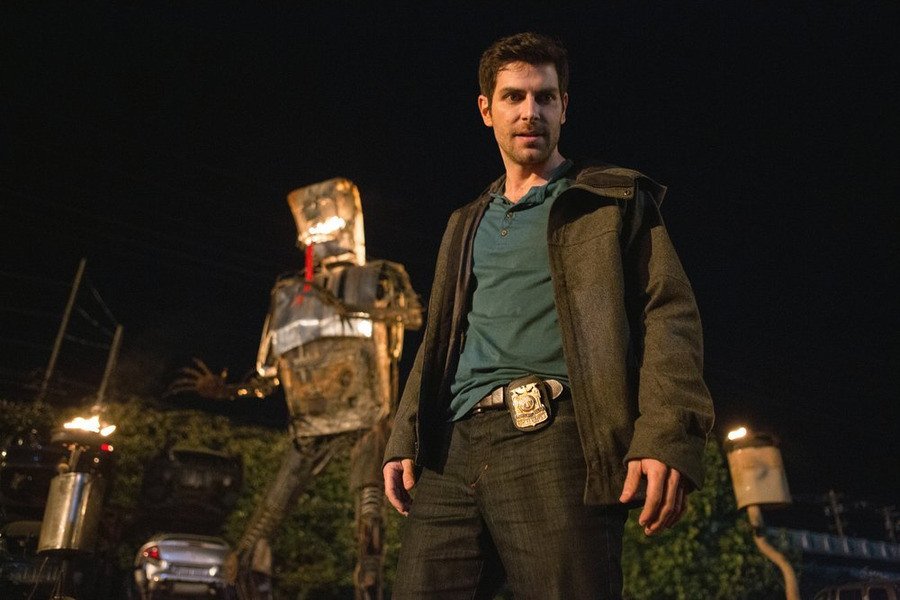 “Highway of Tears” probably marks the end of Nick’s loss of powers’ storyline. This episode is highpoint of the current season specially just for the fact that Nick is a Grimm again, but it actually had different storylines that made it a very enjoyable one.

Nick and Juliette (or Adalind?)

Alan DiFiore , the writer of the episode, made a very creepy storyline into an enjoyable one by adding a lot of humor in the characters’ interaction. First of all, I really liked Juliette’s point of view in Nick and her as Adalind having sex, which made it a lot easier for both of them. This couple has been through a lot. I can’t wait to watch Juliette encounter Adalind again. Also, it was great to see Trubel interact with Monroe and Rosalee, as their scene was really hilarious. The writers have done a good job in the evolution of Trubel. She’s like a daughter o little sister to Nick and Juliette.

I’ve really enjoyed the character of Elizabeth, Sean’s mother (played by Louise Lombard). Her character introduction has shown a new side of Sean Renard that we have not seen before. The episode told us that she is leaving and that Renard would contact her if he finds out his daughter’s location. Will we watch a future meeting between Nick’s mom and Renard’s mom? That seems like an interesting storyline, especially since Kelly Burkhardt has not had the best experience with Hexenbiest (for example, she killed Adalind’s mother).

Trubel is a smart girl. She easily found out that she was being followed, probably by Agent Chavez’ people. But exactly what do they want from her? What if she does not join them? I hope that Trubel tells Nick about this in the next episode, especially now that they have a new unexpected guest, Josh Porter, the old Grimm’s son. Will Trubel run away?

Nick did not get his powers right away, but exactly when it was needed for an awesome Grimm fight. The best part was Nick’s enthusiasm and joy that he is a Grimm again. This time being a Grimm is a choice. Will he get even more serious about his wesen job? It was delightful to watch his friends’ reactions to him being a Grimm. Monroe was overjoyed, Hank was relieved, Sean was calm, Juliette was happy and welcoming, and Trubel was emotional. That hug between Nick and Trubel was really sweet, which showed us how much she wanted Nick to be a Grimm again.

Adalind puts the pieces together

In just one scene, Adalind finally figured out that Kelly, Nick’s mom, has Diana, her baby daughter. But for how long will Adalind trust Prince Viktor? Things are not going to end well for Adalind or Prince Viktor.

Nick’s not Grimm storyline is finished, however, there’s still some major storylines to continue. How dangerous are the repercussions going to be for Monroe and Rosalee due to their inter-wesen marriage? Can Nick stop the violence? Will Adalind and Prince Viktor travel back to Portland? What’s going to happen with Josh? Will Trubel tell Nick about her Grimm problems? From the promo, will Juliette suffer some consequences due to the potion she drank? Also, did anyone see some romantic sparks between the sheriff and Hank? Hopefully, we see her again.