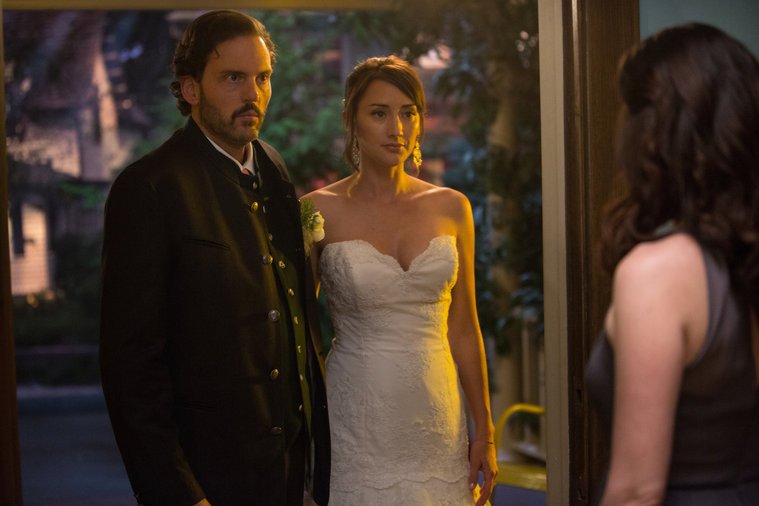 Grimm’s season 4 premiere takes us directly after the events of the season 3 finale episode “Blond Ambition”, where Monroe and Rosalee finally got married, Captain Sean Renard was shot, Nick lost his Grimm powers due to Adalind’s spell, among others. “Thanks for the Memories”, the first episode of season 4, has a lot more of questions to answer than last year’s season 3 premiere episode “The Ungrateful Dead”, which is why this episode lacks the big action that last year’s season premiere was filled due to the zombie Nick storyline.

Nick and his friends

One of the best highlights of this episode is that is showcased the Nick’s great friendships. Nick has lost his powers and feels guilty for sleeping with Adalind, even though she looked like Juliette. So our favorite Grimm surely is lost and confused. Monroe and Rosalee did not go to their honeymoon, but instead stayed to help Nick with the repercussions of Adalind’s spell. Juliette, who probably is the one that should be the most pissed, actually was as supportive as she could. She is truly trying to be a good girlfriend. Hank was totally ready to help Nick and Trubel after the murder that happened in Nick and Juliette’s home.

It was sad to see Nick so heartbroken and confused after his loss. Coffee did not help him sleep at all. Will Nick get used to not being a Grimm? And when he becomes a Grimm again, will it be a personal choice?

Although the episode continued with last season’s finale, it introduced the viewers to a new wesen called “Gedächtnis Esser”. This wesen looks like an octopus and can steal people’s memories through its tentacles. It was a very creepy monster to encounter for the first time. It’s still not clear what he wants, but the storyline will carry on in the next episode appropriately titled “Octopus Head”. I really like the way that Nick and Trubel used to identify the suspect as a wesen. For the moment, Trubel is Nick’s Grimm eyes, and she really is enjoying it.

FBI Special Agent Chavez is the new character introduced in the episode. She is investigating the murder of Weston, who Trubel killed in the season 3 finale. However, she is more than meets the eye. The show revealed that she is a wesen, specifically a Steinadler (a hawk-like wesen), like Farley Colt (the character in season 1 episode “Three Coins in a Fuchsbau” that was romantically involved with Aunt Marie), and she is suspicious about Trubel. Does she have a hidden agenda? This is a storyline that will continue for a couple of episodes.

The episode left us with a possible dead Sean Renard. But is the Captain really dead? I do not believe it for a second. Sean is the link between the Portland and the Royals’ storylines, so the character is needed in the Grimm universe. Also, we cannot loose the character. If he dies, then I’m pretty sure there’s a magical solution. And that’s where the mysterious blonde woman (played by Louise Lombard) appeared at the end of the episode. Is she Renard’s Hexenbiest mother?

Wu’s journey to the truth

Wu’s is so close to figure out the truth and Hank was so close in telling him. But an interruption has to happen so that Wu does not find out yet. I really enjoyed the conversation between these two characters. It was an honest moment. Hank was actually telling him the truth. Hopefully, Nick and Hank will finally be able to tell Wu everything.

The episode really set various storylines in motion that will last for some episodes, including how Nick will deal with the loss of his powers, the FBI investigation, Sean and the mysterious woman, Monroe and Rosalee’s search to help Nick, Wu trying to find the truth, and Adalind finally knowing that she was tricked by Prince Viktor.

So what do you think about the season premiere? Did you like it? How will Nick deal without his grimm powers? Will Renard live?… Share with us your thoughts on the episode 🙂 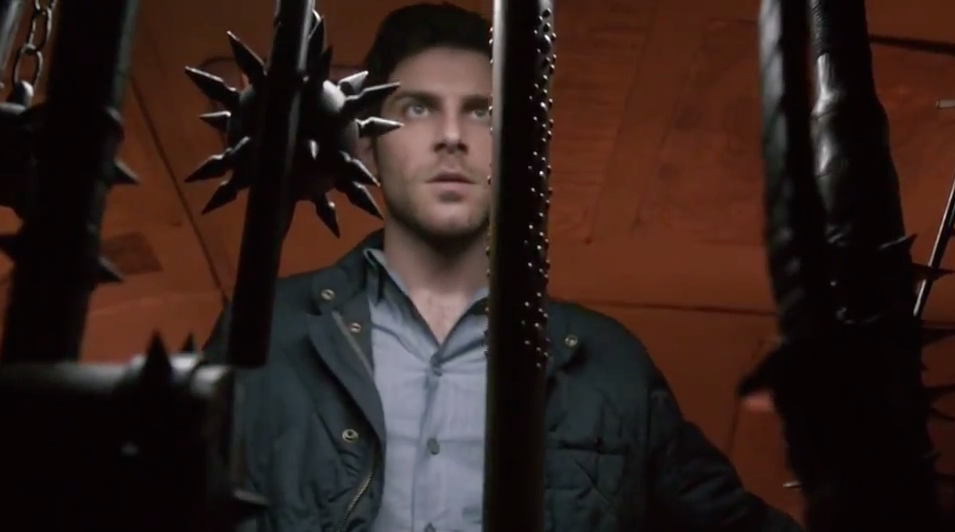