The Grimm season three finale was exciting, but at the same time a bit frustrating and a little bit disappointing. It was great to finally reach to Monroe and Rosalee’s wedding and I really enjoy the comedic moments in the episodes. But my disappointment was that the outcome of Adalind’s plan was predictable.

One of the best parts of the finale was the guests for Monroe and Rosalee’s wedding. It was great to see Monroe’s parents, Rosalee’s mother and sister, and best of all, Bud back. My favorite scene was the wedding rehearsal, the opening scene of the episode. It was hilarious how everyone tries to explain why Nick was wearing sunglasses for the ceremony. This moment highlights the best part of Grimm, when the show uses humor to explain the outrageous situation that the characters are in.

Rosalee looked beautiful in her new wedding dress and viewers have to thank DeEtta (Rosalee’s sister) for destroying the old dress. Although there was chaos, Monroe and Rosalee finally got married. At least something good happened for two of our Grimm characters. It was lovely that Hank gave Rosalee away. I hope that we get to watch Nick give his Best Man speech to Monroe and Rosalee, or at least know what he was going to say.

Adalind’s character has gone to a darker place that it would be difficult to get away. She practically tricked Nick to have sex with her. She’s done it with Hank too in season one. I hope that the show addresses that topic.

Although Adalind had done many evil things before, she won some sympathy points for her storyline when she had her baby and she “lost” her, you kind of felt sorry for her. However after her latest “trick” I truly no longer feel sympathy for Adalind. Aside from taking Nick’s powers, she messed with Juliette and Sean about the previous obsession spell between them. Adalind did not have to do that, but she enjoyed doing it.

I enjoy Adalind when she is sarcastic, a little bit evil, and sympathetic. I don’t know where her story will go, but I prefer for her to stay in Portland as an unwilling ally to the Grimm gang, although I don’t know how’s that possible now. I was disappointed at Adalind’s return to Europe. I think the character works best when she interacts with the main cast and it was really exciting to have Adalind in Portland instead of the show having to cut back from Portland to Europe during most episodes in the last two seasons. So how will she react that Prince Viktor does not have her baby and trick and manipulate her?

One of my least favorites aspects was that Nick and Juliette’s drama came out of Adalind’s interference. I like when their relationship obstacles come from Nick being a Grimm and how does that affect Juliette and them as a couple, so Juliette having issues with that it’s interesting and real. But Adalind sleeping with Nick was a bad way to create drama between them. I was sad that the show decided to go there so that Adalind could accomplish her plan. Poor Nick. Poor Juliette.

Sean Renard’s warning to Nick came up very late and did not help anyone. Sean has been totally clueless since Adalind came to Portland. She trick him very easily. And then he gets shot. Obviously, he’s not going to die, and I hope he does not, but I wonder what’s in store for Sean next season.

I liked Sean’s reaction after finding out what’s Adalind’s plan.

Best development during the finale was that Wu finally knows the truth. I hope that this brings him into the Grimm business. I’m pretty sure that he will be really helpful. What’s interesting about Wu’s storyline is how he is going to treat Nick and the Grimm gang after he found out the truth. He will be angry, but hopefully angrily sarcastic, that’s the way we like Sgt. Drew Wu.

Is Wu going to be part of the Grimm team? This storyline has a lot of potential to be developed in a different and interesting way compared to Hank and Juliette’s introduction to the Grimm and Wesen world.

I don’t understand what does Prince Viktor and the Royals gain by taking Nick’s Grimm powers away. Just last season, the Royals wanted to take Nick to Europe. I was disappointed that Nick loosing his Grimm powers was the big cliffhanger of season three finale, because it was too obvious since the episode “Nobody Know the Trubel I’ve Seen”, where Prince Viktor tells Adalind to return Nick’s favor after her took her Hexenbiest powers.

Season one and two finales both had cliffhangers that viewers surely did not expect episodes away. Nick’s mother is alive and Nick’s goes into zombie state were kind of surprising. Also, I had hoped that the writers acknowledge that his zombie state would affect Adalind’s plan to take away Nick’s powers, but I guess that the show has forgotten and not mentioned Nick’s zombie consequences since episode nine “Red Menace“, where he did not sweat after running a lot. I wished that the show would have surprised us with a different and unexpected outcome for the season finale.

Hopefully, the show focuses on Nick’s struggle to come into terms with his new status. I like Trubel, but I hope that the show uses her as a supporting character, and not as Nick’s replacement in the Grimm duties.

Trubel’s character has lots of potential, specially her interaction with Nick as a big brother-little sister relationship. But I wish that she does not become the focus of Grimm now that Nick has lost his powers.  At the end of the day, Nick is the lead character on Grimm and he should be the main focus on the show.

Still, I hope this storyline gets resolved quickly in a couple of episodes but in an honest and thoughtful way for Nick’s journey. Hopefully, this will lead to Monroe helping Nick deal thought this issue, by being his eyes into the Wesen world until this storyline gets resolved quickly. I would not like this being a season long arc that will end in Nick getting his powers back at the end of season four. We’ve already had those long season arcs with Juliette’s amnesia, Adalind’s pregnancy and attempts to get her powers back.

Hopefully the show will bring Mary Elizabeth Mastrantonio back as Kelly Burkhardt, Nick’s mom. I also hope that the writers do not portray Nick as weak fighter and defenseless now that he is not a Grimm.

So what do you think about Grimm’s season 3 finale? Where you surprise or did you already suspect that Nick will loose his powers? Also, do you wish that NBC does not reveal “everything” in the promos? 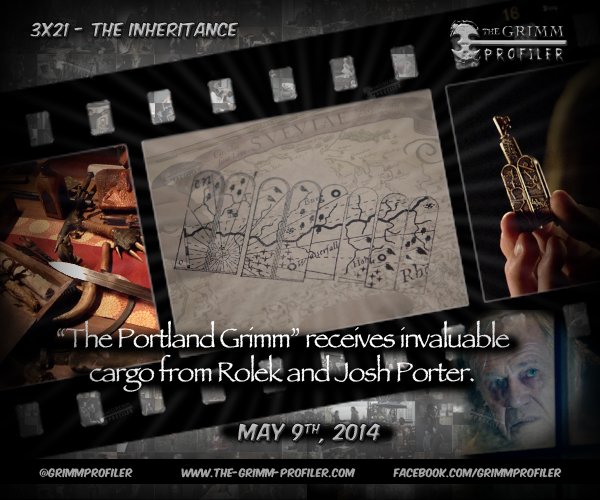