Finally! After a long break during the Winter Olympics, Grimm returned to NBC with new episodes and the wait was certainly worth it.

After the lack of Nick/Monroe interaction during this season, this episode showcased the awesome bromance that the Grimm and the Blutbad have had since the night Monroe broke his window to surprise Nick during the first episode of the show. “Revelation” was a great episode and had really interesting storylines all around. The episode was the conclusion to the storylines that started in the previous one titled “The Wild Hunt”.

The first storyline was Monroe’s parents being against Nick and Rosalee. This storyline was done in an interesting and exciting way and thankfully it did not have a completely happy ending where everyone was happy with each other. I am glad that even though Monroe’s parents Bart and Alice think that Monroe marrying a Fuchsbau and being friends with a Grimm is wrong, they are trying to be fine with the situation so they would not loose their son. It was a very real reaction. This storyline was the Grimm family drama part of the episode and the writer did a great job in showing how old wesen traditions affect the present relationships and how difficult is to change them. This episode showed the great relationship between Nick and Monroe. Nick was willing to step aside and don’t bother Monroe for a while, and Monroe kept defending Nick to his parents. Monroe’s parents attitude was like a dad forbidding his kid to hang out with the “bad kid in town”.

The case of the week storyline was the conclusion to last previous episode, which involved a new wesen who scalps honorable people and makes a coat with them, certainly not clothes that you will find in a department store. The storyline finishes with a fight involving Nick, Monroe, and three Wildesheer, outside the trailer, plus an angry Blutbad dad Bart. The case of the week was intriguing because it collided with the family drama storyline of the episode.

The other important storyline was Adalind in Vienna. Finally she is close to giving birth and the different sides are trying to capture Adalind to get the baby. We found out that Stefania has betrayed Adalind and she is working with Prince Viktor. It’s great to have Shohreh Aghdashloo back on Grimm as Stefania, her character is really fun, so hopefully she keeps coming back. Apparently, Adalind finally chose a side in this battle and the Resistance’s members Sebastian (Christian Lagadec) and Meisner (Damien Puckler) are keeping her safe from the Royal family.  Let’s just say that his days are numbered for Sebastian, or possibly Meisner, since Prince Viktor now suspects that someone from inside the Royal family has betrayed them after Stefania’s revelation to him.  It’s more probable that Sebastian is the one in most danger. Hopefully no one dies since I like and care for both characters. Plus, is Adalind and Meisner a possible romantic couple?

Nick: Everybody just calm down. (while holding a knife)

Nick: Well, isn’t there anything in the book about how to fight them?

Monroe: Not in that book. They’re supposed to win.

So grimmsters, did you like this episode of Grimm? Was it worth the wait? What stories are you looking forward to seeing this season? When do you think Adalind will be returning to Portland?… Share your thoughts 🙂 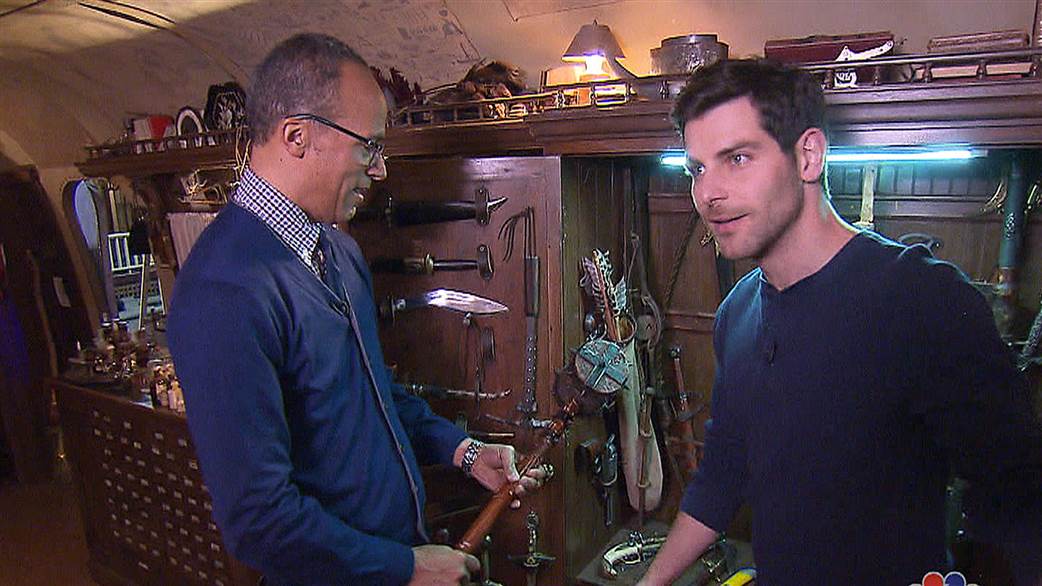 Behind the Scenes of ‘Grimm’ with Lester Holt – Today Show 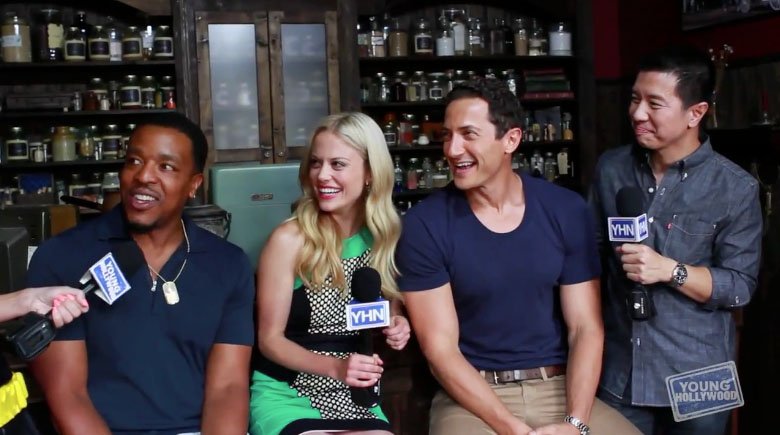