David Giuntoli, who plays Nick Burkhardt on NBC’s Grimm, spoke to Zap2it about the two new episodes (including the Christmas episode) airing this Friday December 13th, 2013, and the show’s future storylines including the major villains, trouble in Nick and Monroe’s relationship, plus more. Source: Zap2it

Three years in, “Grimm” is finally playing around with the Christmas legend of Krampus. Star David Giuntoli admits German fans have been begging the NBC show for years to craft an episode around the beast-like anti-Santa ever since their first season, and he’s excited they can now deliver.

“Who knew Santa had horns?” Giuntoli laughs of the upcoming two-part midseason finale “Cold-Blooded”/”Twelve Days of Krampus” during a recent conference call. “We ruin Christmas for everybody and it’s gory and it’s wonderful.

As “Grimm” has grown, so to has Nick’s confidence in his position as a Grimm. That has been highlighted in Season 3 as Nick continued to expand the book of fairy tales in episodes like in Dec. 6th’s “Stories We Tell Our Young.” Moving beyond the traditional Grimm folklores has been fun for Giuntoli, but he says his favorite episodes are still the ones that are based on stories viewers have been hearing about since they were children.

But he’s also game to play around with the tried-and-true “Grimm” formula. That’s a tendency has been seen thus far in Season 3 and will continue to be showcased in the upcoming two-hour midseason finale.

“I think that anything that kind of throws a curve ball into what the audience is expecting on this show [is good],” Giuntoli says.

In Giuntoli’s perspective, there are three major villains on the show right now: Adalind, Renard and Alexis Denisof’s Viktor Albert Wilhelm George Beckendorf. By the end of the midseason, he teases that there will only be two central villains to be worried about — though The Villain has yet to be defined.

But that trio won’t be the only ones causing problems for Nick. He also has to monitor how many more people find out about his “Grimm” life and has to maintain those currently in it.

“Whenever someone finds out who’s not ready to find out about the world of Grimm, you have to be very delicate,” he says. “We’re filming an episode right now where somebody else sees something for the first time.”

There also will be some trouble between Monroe and Nick as Monroe begins to question whether Nick is just using him. “It’s great because am I using Monroe?” Giuntoli says. “I think it’s kind of cool that this stuff is coming to the surface in Season 3.”

At least this new formula for “Grimm” is working. “Stories We Tell Our Young” matched the show’s series premiere ratings, and the viewers are continuing to grow. That gives Giuntoli and the rest of the team at “Grimm” more room to play around with their mythology.

“We love being a Friday night stay in and kind of freak out the kids kind of show,” Giuntoli says. “It’s what we love.” 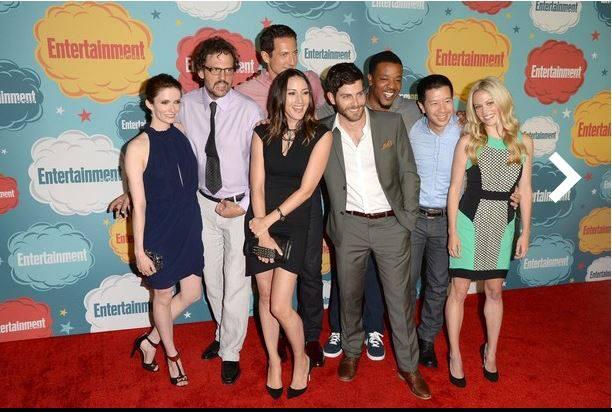