To fight off the gator Wesen, you get to raid Aunt Marie’s trailer of goodies again!

David Giuntoli: Yes, it’s always fun to get to use a new weapon. I can’t remember the name of it. Nick is thrilled to be playing with this particular weapon. It’s one of those that satisfies the boy in any actor. And there’s a button I can press, and a blade would shoot out. It was very fun. This is like varsity level weaponry.

In this episode, we finally get to meet Alexis Denisof, who guest-stars as Prince Viktor Albert Wilhelm George Beckendorf. In a previous interview, Sasha Roiz said Vicktor would be the new Big Bad. How evil is he on a scale from 1 to Schnietmache?

Moving on to the next episode, this one is all about that evil Santa, Krampus. How did it feel to go up against him?

Giuntoli: That guy was crazy-looking. Rarely do I have a visceral, negative response to seeing another human being. But I did with Krampus. The horns. You know what he looked like? He looked like a character from Beetlejuice, which is just a little off of center. It’s such a joyous childhood character, and we bastardize him and really ruin Christmas for everybody.

What’s your favorite thing about this holiday special, if we can call it that?

Giuntoli: Oh boy. I love whenever we get to see Bud (Danny Bruno). And we see Bud in this one. He’s like this innocent, child’s heart wrapped up in a refrigerator repairman’s body. And he was terrified of Krampus when we discover where he may be keeping the kids. I love getting to work with Bud and also it usually means that there’s a bigger party scene going on where a lot of the characters are together. It’s one of my favorite things.

Did you shoot the episode yet when Monroe’s parents (Dee Wallace, Chris Mulkey) are in town? Does meeting them give any insight into how Monroe is, the way he is?

Giuntoli: Yes, we have filmed a couple of those episodes. I don’t want to say too much. I wasn’t around for a lot of those scenes, but I was for plenty of others. You definitely see where the conflict comes from. Never forget that what Monroe and I are doing, this new arrangement, is brand new. It’s like Modern Family. This isn’t how it’s ever been done. A Fuchsbau and a Blutbad first of all living together is a big deal. But a Grimm coming to dinner at your house? Unacceptable. If my ancestors heard about this — well, they have. My mother has seen this. It’s not a normal thing. Frowned upon. It really is Modern Family gone dark. 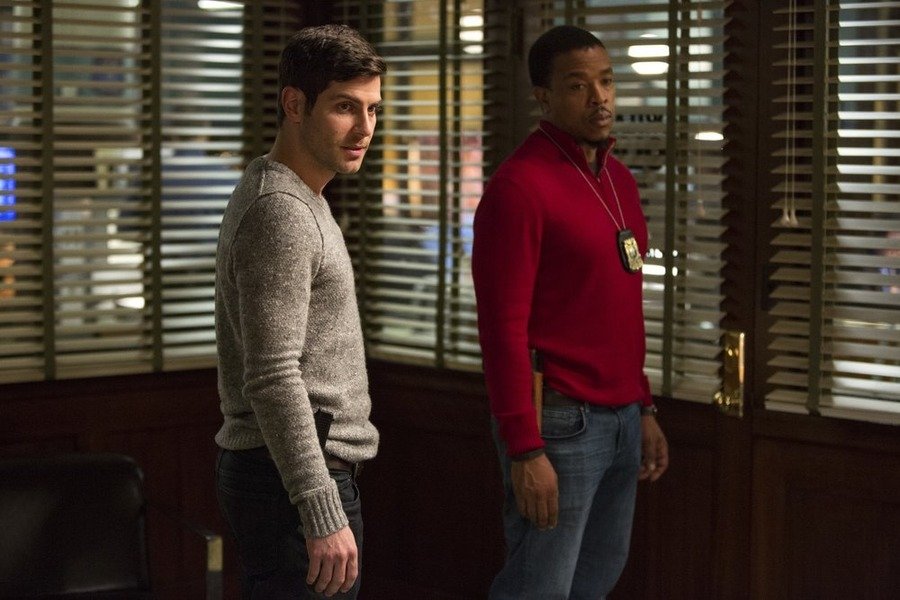