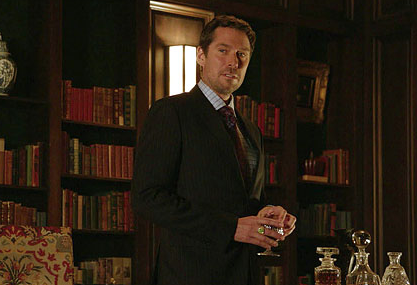 NBC has released a brand new sneak peek of one of this week’s episodes “Cold Blooded”, which features guest star Alexis Denisof’s debut on Grimm. In the clip, Viktor, Captain Renard’s (Sasha Roiz) cousin who wants to gain power for himself at any cost, and Adalind have a talk about his close relationship with his deceased cousin Eric and his devastation over Eric’s “violent” and “obscene” death. Take a look. Thanks Team Hornsby for the vimeo video.


Adalind in Austria from Team Hornsby on Vimeo.

Adalind finds herself in a tricky spot with the Royals.