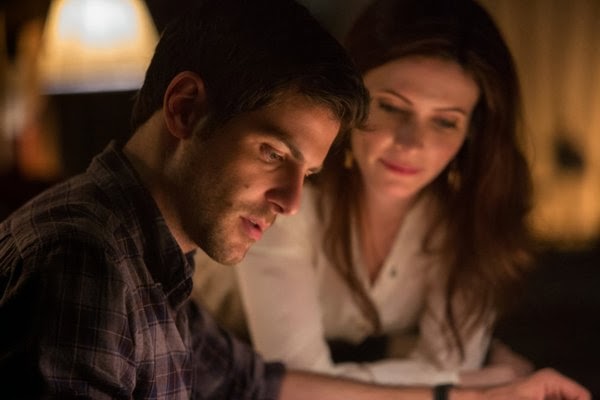 “Stories We Tell Our Young” deals with Nick’s case about a potentially possessed boy. The episode turn out really well, in the sense that it goes from being a demon possession, to the boy being possibly a wesen, and finally that the boy is actually infected with a parasite. Not everything is about wesen, but it could actually be a scientific reason for it.

This episode probably puts Juliette front and center into suggesting the reason for the boy’s behavior. It’s really great that Juliette is a vet and can provide the Grimm gang with the medical and scientific knowledge. It’s another interesting angle that the wesen cases could be explain in a medical way. Hopefully not every storyline deals with giving the viewers this type of explanation, but only, every once in a while it helps to give the sense that Nick doesn’t always have to deal with wesens, but with people with strange “regular” problems.

Captain Renard finally travels to Vienna and he gets a not so happy welcome home as he gets attack in his sleep. Of course, Sean Renard is a tough guy and kills the bad guys in just a few seconds with the help of Meisner (Damien Puckler), the guy who was in charge of Eric’s death. It’s really great that the Vienna storyline is expanding. Renard’s visit was necessary to keep that storyline moving, because until then, Adalind was the only regular character in Austria. Captain Renard’s time in Vienna is not going to be easy and relaxing “vacation”. Angel’s Alexis Denisof finally made his first appearance, or at least his voice was heard for the first time in the show. Glad that we’re finally meeting new member of the Royal family, which will hopefully let us understand better this part of the show.

Really liked the continuity with the Wesen Council, that first appeared on the show in season 2 episode 14 episode “Natural Born Wesen”. The fact that the wesen have rules to live by, makes Nick’s Grimm job much more complicated. I wonder how Nick would slowly change the rules and the way Grimm and wesen have relate to each other through history. The ending suggests that the Wesen Council is watching Nick, so probably he may be in danger too.

Really enjoyed that Monroe and Rosalee “explained” the wesen interbreeding, which is a topic I’m sure fans of the show are curious about. However, although there was a talk and explanation, there were still no answers. It was really frustrating to hear just names of the different type of wesen interbreeding, but no mention of how they would look like and other topics. Hopefully, this would be better explained later in the season.

Juliette’s medical and scientific knowledge let her be part of the resolution of the case, but I really liked that Nick was the one to suggest that Daniel should stay cold to kill the parasites. Really good team work.

Even Nick was confused about wesen.

Monroe and Rosalee had a sweet moment when they were explaining about what would a child be if the parents are or are not wesen.

Hank: What if both parents are wesen, but different kinds?

Nick: Well, we don’t need to mean to pry.

Monroe: Well, then you are looking at a XXXX*… but as long as he is healthy, we don’t care.

* Grimmsters we need a little help on this word!

Really like the fact that we saw Captain Renard’s action side again when he killed his attackers.

It was a little moment, but I like this moment between Nick and Juliette.

Nick: That’s a weird place to put your shoes.

Nick: You put your shoes in the drawer.

I also really enjoyed the ending of the episode, where Juliette helps Nick with the medical terms and Nick’s is writing in the books at Aunt Marie’s trailer. It was a sweet moment for the couple. Nick was really excited and committed to write his contribution to the book, and Juliette looked really proud of him.

So grimmsters, do you like the storylines that are not wesen related? I am looking forward to a story where the bad guy or gal is not wesen or possessed or medically ill… just a regular person. How about you? Do you think it would make a good storyline? 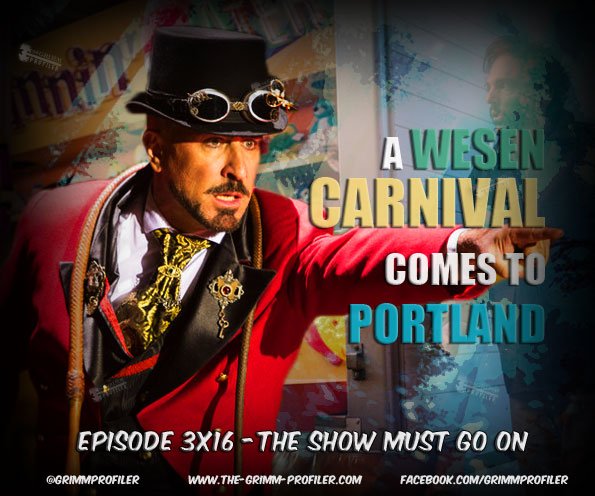 3×16 – A Wesen Carnival Comes To Portland 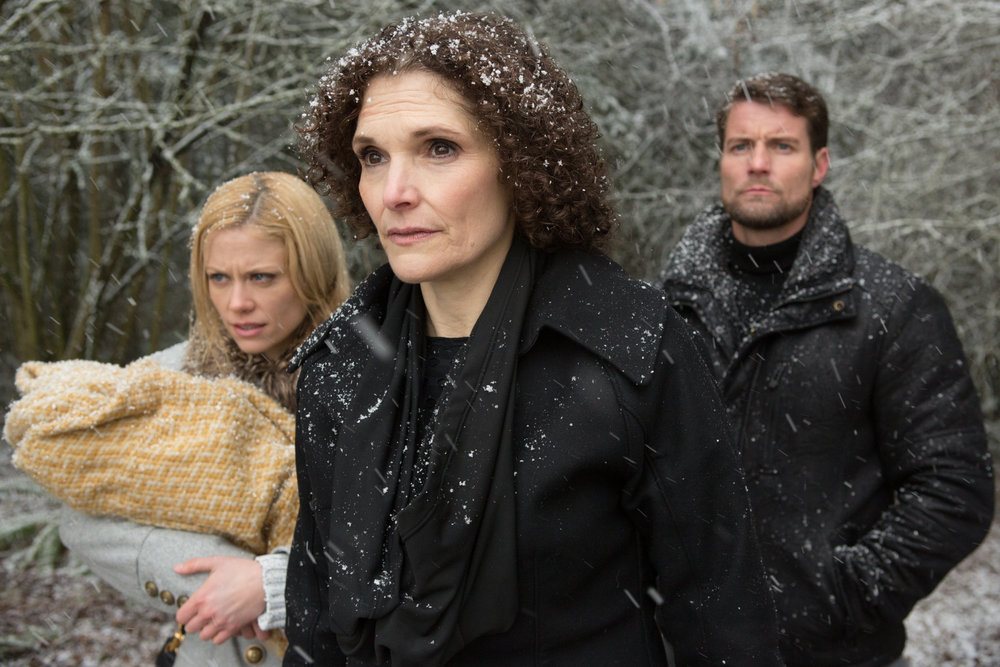 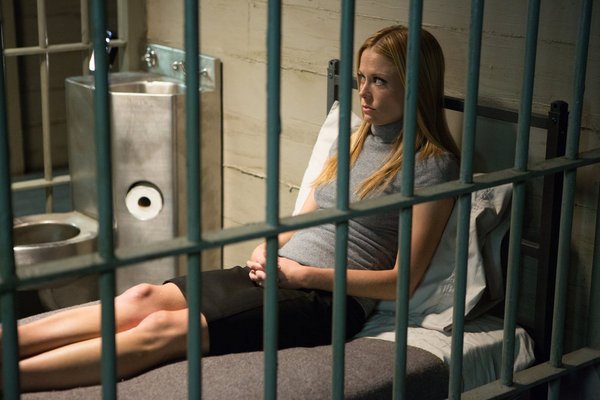